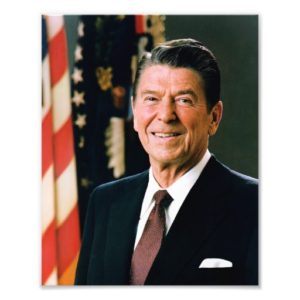 “Almost two centuries ago a group of disturbed men met in the small Pennsylvania State House they gathered to decide on a course of action. Behind the locked and guarded doors they debated for hours whether or not to sign the Declaration which had been presented for their consideration. For hours the talk was treason and its price the headsman’s axe, the gallows and noose. The talk went on and decision was not forthcoming. Then, Jefferson writes, a voice was heard coming from the balcony:

They may stretch our necks on all the gibbets in the land. They may turn every tree into a gallow, every home into a grave, and yet the words of that parchment can never die. They may pour our blood on a thousand scaffolds and yet from every drop that dyes the axe a new champion of freedom will spring into birth. The words of this declaration will live long after our bones are dust. To the mechanic in his workshop they will speak hope; to the slave in the mines, freedom; but to the coward rulers, these words will speak in tones of warning they cannot help but hear. Sign that parchment. Sign if the next moment the noose is around your neck. Sign if the next minute this hall rings with the clash of falling axes! Sign by all your hopes in life or death, not only for yourselves but for all ages, for that parchment will be the textbook of freedom the bible of the rights of man forever. Were my soul trembling on the verge of eternity, my hand freezing in death, I would still implore you to remember this truth God has given America to be free.

As he finished, the speaker sank back in his seat exhausted. Inspired by his eloquence the delegates rushed forward to sign the Declaration of Independence. When they turned to thank the speaker for his timely words he couldn’t be found and to this day no one knows who he was or how he entered or left the guarded room.

Here was the first challenge to the people of this new land, the charging of this nation with a responsibility to all mankind. And down through the years with but few lapses the people of America have fulfilled their destiny.

Almost a century and a half after that day in Philadelphia, this nation entered a great world conflict in Europe. Volumes of cynical words have been written about that war and our part in it. Our motives have been questioned and there has been talk of ulterior motives in high places, of world markets and balance of power. But all the words of all the cynics cannot erase the fact that millions of Americans sacrificed, fought and many died in the sincere and selfless belief that they were making the world safe for democracy and advancing the cause of freedom for all men.

A quarter of a century later America went into World War II, and never in the history of man had the issues of right and wrong been so clearly defined, so much so that it makes one question how anyone could have remained neutral. And again in the greatest mass undertaking the world has ever seen, America fulfilled her destiny.

A short time after that war was concluded a plane was winging its way across the Pacific Ocean. It contained dignitaries of the Philippines and of our own government. Landing at a naval installation a short distance from Manila, the plane was held there while those people listened by radio to the first detonation of an experimental atomic weapon at the Bikini Atoll. Then the plane took to the air again and soon landed in Manila. There these people, together with our vice president, senators, generals and admirals, met with 250,000 Philippines in the Grand Concourse, where they watched the American flag come down and the flag of the Philippine independence take its place.

I was privileged to sit in an auditorium one night and hear one of the passengers on that plane, a great man of the Philippines, describe this scene, General Carlos Romulo, whose father was killed by American soldiers in the Philippine insurrection. As a boy, the General was taught to be a guerrilla and to fight Americans and hate them. But I saw him, with tears in his eyes, tell us how he turned to his wife that day in Manila and said, a hundred years from now will our children’s children learn in their schoolrooms that on this day an atomic weapon was detonated for the first time on a Pacific Island, or will they learn that on another Pacific Island a great and powerful nation, which had bled the flower of its youth into the sands of the island’s beaches reconquering them from a savage enemy, had on this day turned to the people of that island and for the first time in the history of man’s relationship to man had said, ‘Here, we’ve taken your country back for you. It’s yours. As we heard him, I think most of us realized once again the magnitude of the challenge of our destiny, that here indeed is “the last best hope of man on earth.”

And now today we find ourselves involved in another struggle this time called a cold war. This cold war between great sovereign nations isn’t really a new struggle at all. It is the oldest struggle of human kind, as old as man himself. This is a simple struggle between those of us who believe that man has the dignity and sacred right and the ability to choose and shape his own destiny and those who do not so believe. This irreconcilable conflict is between those who believe in the sanctity of individual freedom and those who believe in the supremacy of the state.”

Over a half a century after this speech, the cold war was won by this man and now is the battle for freedom has been in Iraq, then Afghanistan and now America itself. America is still “the last best hope for mankind.” Please vote in this election. Our country’s future is at stake.